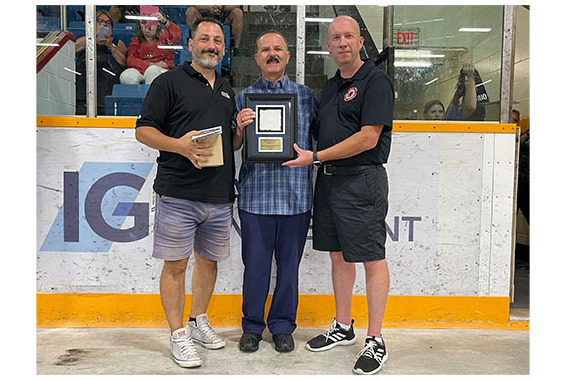 Lino has been involved in Canada Ball Hockey for 44 years as a player, coach, referee and executive.

An accomplished player winning numerous league and provincial championships as well as a National Championship in 1984.

Lino has coached at the highest level of the game on the league, provincial, national and international stage including a World Championship at home in Toronto in 2001.

An experienced referee who has put in 37 years of service to the game.

In 1990 Lino helped build the first Masters Division league in Canada. Since then has worked organizing and running many leagues in Ontario.

Lino has been with the Ontario Ball Hockey Federation since day one. Started on the Board as the VP Men’s Masters & than VP Men’s. In 2014 Lino took the position as OBHF Director of Operations and is still currently working in this position.

Please join us in welcoming Lino Chioma to the Canada Ball Hockey Hall of Fame!