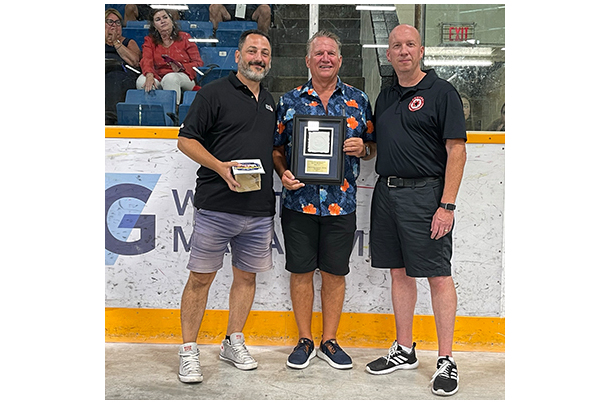 Bob first joined the ball hockey officiating staff of the Kitchener-Waterloo Ball Hockey Referee’s Association in 1987. Immediately, Bob fell in love with the sport as it reminded him of the days of “Road Hockey” that he played as a child.

In 1989 Bob was invited to his first Provincial Championship tournament that was held in Mississauga, Ontario. He was amazed at the level of play that was on display and the passion for officiating at the Provincial level was infectious.

Bob has also been fortunate enough to be involved at the World Championship level. His first ISBHF tournament was in Zvolen, Slovakia in 1999. He has also attended ISBHF events in countries such as Switzerland, Czech Republic, Italy, Germany, Canada and the USA.

Bob has also held positions of Referee in Chief for Canada Ball Hockey and the ISBHF during his distinguished career.

His famous 5S rule still applies today in ensuring officials perform at the top of their game.

Bob’s reputation of being “tough but fair” and his ability to communicate with players on and off the floor have contributed to his success as an elite ball hockey official. His familiar yell to players when fighting for possession of the ball in the corners of “Win the Battle” was his trademark encouragement to keep the players engaged.

Please join us in welcoming Bob Beatty to the Canada Ball Hockey Hall of Fame!