History of Ball Hockey in Canada

The Canadian version of the game began to take its shape in the late 1960s in Toronto, Ontario, with Habitant Arena hosting a summer program in 1969, and some speculate that it may have even started the year before in the east end of the city. The first plastic orange ball was introduced by Arnold Herka, of Viceroy Rubber, to George Butterwick who was operating a Toronto league circa 1970, and the game has never looked back.

The Canadian Ball Hockey Association was founded a few years later in 1977.

The development of ball hockey until recently, has closely followed that of ice hockey, as it has spread around the world in the northern (colder) climates. Formally organized street or ball hockey leagues, in its modern form, grew independently in several countries, Canada (late 1960s), the USA (early 1970s), Austria, Czechia, and Slovakia (1980s), Finland, Germany, Japan, and Switzerland (early 1990s). Due to its close relationship with ice hockey, street and ball hockey developed with similar rules throughout these countries. After the political changes in Eastern Europe in 1989, international exchanges flourished, and included cross-Atlantic competitions as early as 1991, leading to the establishment of the International Street & Ball Hockey Federation in 1993, and the bi-annual World Junior and Senior Championships, which commenced in 1996. The past few years have seen an explosion of the game in tropical nations, and in the orient where it's ease of play is very attractive. 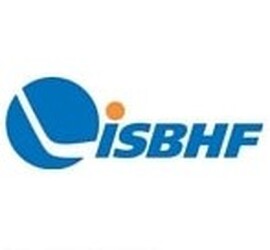 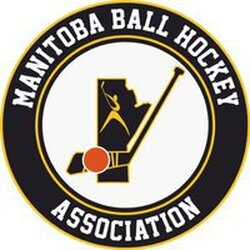 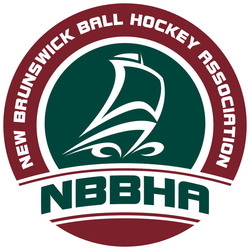 #BallHockeyExcellence #thankyouforyourservice 1978-2023 Did you know that the first Nationals was located in Ottawa in 1978?

2024 Women’s National Team General Manager Announcement Canada Ball Hockey is pleased to announce Gwen Ranquist-Lemieux as the General Manager of the Women’s National Team for the 2024 ISBHF World Championships. Gwen was previously the Women’s GM in 2015 where Canada won the Gold Medal. In 2017, she then became the Head Coach of Team USA and helped them make their first podium appearance winning a Silver Medal. Gwen remained on as Head Coach for the 2019 World Championships and the USA women’s team played in the final against Canada winning Silver with a score of 4-2. Gwen has experience leading teams to success overseas in Germany, Japan, Switzerland, Czech Republic and Slovakia. Her background has been in both ice hockey and ball hockey since 1990. She has been involved in BC Hockey High Performance programs and Hockey Canada for many years. Gwen is looking forward to preparing for this upcoming journey with staff and players located across Canada.

Darcy Mintz - Hall of Fame 2022 (Referee) During his 15 year ball hockey referee career, Darcy officiated in 8 National Championships beginning in 2004. During this time he was part of 5 Men’s Gold Medal games. Darcy cherishes the moments spent with all the great officials he has had an opportunity to work with across Canada. He was always amazed at the skills of the players and the incredibly welcoming ball hockey communities across the country. Darcy has many vivid memories of the heated rivalry between the Montreal Red Lite and the Brampton Midnight Express. Darcy would like to thank Bob Beatty and Darsh Grewall for their incredible support and friendship throughout his ball hockey journey. Thank you to the CBHA for this tremendous honour. Please join us in welcoming Darcy Mintz to the Canada Ball Hockey Hall of Fame!

Bob Beatty – Hall of Fame 2022 (Referee) Bob first joined the ball hockey officiating staff of the Kitchener-Waterloo Ball Hockey Referee’s Association in 1987. Immediately, Bob fell in love with the sport as it reminded him of the days of “Road Hockey” that he played as a child. In 1989 Bob was invited to his first Provincial Championship tournament that was held in Mississauga, Ontario. He was amazed at the level of play that was on display and the passion for officiating at the Provincial level was infectious. Bob began to officiate at the National level at the 1993 Canadian Ball Hockey Championships in Ottawa. Bob’s last officiated game at the National Championships occurred where it all began back in 1987 in Kitchener, Ontario at the 2017 National Junior’s. All together this covers a span of 30 years of officiating the great game of Ball Hockey. Bob has also been fortunate enough to be involved at the World Championship level. His first ISBHF tournament was in Zvolen, Slovakia in 1999. He has also attended ISBHF events in countries such as Switzerland, Czech Republic, Italy, Germany, Canada and the USA. Bob has also held positions of Referee in Chief for Canada Ball Hockey and the ISBHF during his distinguished career. His famous 5S rule still applies today in ensuring officials perform at the top of their game. • Safety • Sticks • Stuff after the whistle……..which is never even • Scoring Chances created or denied by fouls • And his favorite S – Stupidity. Bob’s reputation of being “tough but fair” and his ability to communicate with players on and off the floor have contributed to his success as an elite ball hockey official. His familiar yell to players when fighting for possession of the ball in the corners of “Win the Battle” was his trademark encouragement to keep the players engaged. Please join us in welcoming Bob Beatty to the Canada Ball Hockey Hall of Fame!

Robert Mentis - Hall of Fame 2022 (Player) Robert Mentis was a young forward playing ‘A’ level in Toronto with the Villagers team along with his brother James ‘Chicky’ Mentis. In 1987, Bobby joined the Top Guns and quickly won the Provincial Championship that year and headed to the Nationals. It was a preview of things to come. He won his first Nationals in 1991. In 1993, Midnight Express joined the Toronto Northwest ‘A’ league and Bobby’s leadership and skills as a player was breathtaking to say the least. His pure speed was impressive and his ability to win battle after battle after battle made him one of the best players to ever play our great game of ball hockey. He was part of the first team to win five consecutive National Championships from 1996 to 2000 and then added a couple more in the new century. In addition, he played for Team Canada in 1999 and 2001 and won Gold in 2001. As great a player as he was, he was even a better father and friend. I was lucky enough to play with him and to this day, one of the classiest players I’ve ever seen. He was taken from us way too soon. Bobby, we all love you, we all miss you and one day we’ll be together again and talk about your mesmerizing speed. Represented by Lois Mentis and Nadine Mentis, please join us in welcoming the late Bobby Mentis to the Canada Ball Hockey Hall of Fame!

Re-Post • @isbhf 🇺🇸 The 2023 ISBHF World Masters Championships will be held in the USA. The ISBHF is excited to hold an event in the USA, and looks forward to working with USA Ball Hockey on delivering a first-class experience for the Masters of our game. Follow this link to learn more: https://isbhf.com/news/2023-world-masters-to-be-held-in-usa

Re-Post • @isbhf 🇨🇿The 2023 ISBHF World Junior Championships will be held in Liberec, Czech Republic. The ISBHF and Czech Ball Hockey Federation are excited to announce this junior ball hockey festival as it will mark the first full ISBHF World Junior Championships after the pandemic break. Follow this link to read more: https://isbhf.com/news/2023-world-juniors-to-be-held-in-liberec-czech-republic/

Re-Post • @isbhf 🤝The ISBHF are proud to announce their new leadership structure. Congratulations to Elio, Diana and our Board of Directors on their election! Please follow this link to learn more: https://isbhf.com/news/elio-pascuzzo-elected-new-isbhf-president/

Lino Chioma - Hall of Fame 2022 (Builder) Lino has been involved in Canada Ball Hockey for 44 years as a player, coach, referee and executive. An accomplished player winning numerous league and provincial championships as well as a National Championship in 1984. Lino has coached at the highest level of the game on the league, provincial, national and international stage including a World Championship at home in Toronto in 2001. An experienced referee who has put in 37 years of service to the game. In 1990 Lino helped build the first Masters Division league in Canada. Since then has worked organizing and running many leagues in Ontario. Lino has been with the Ontario Ball Hockey Federation since day one. Started on the Board as the VP Men’s Masters & than VP Men’s. In 2014 Lino took the position as OBHF Director of Operations and is still currently working in this position. Please join us in welcoming Lino Chioma to the Canada Ball Hockey Hall of Fame!